No eye has seen, nor ear heard, nor the heart of man conceived,
what God has prepared for those who love Him.  1 Corinthians 2:9

So you asked me last night, "What is Heaven?"  I know you like to debate, and the science-minded side of you wants to challenge and question, but someone with true Faith doesn't need to do those things, at least when it comes to what you believe.

There is a Christian music song called 'I Can Only Imagine' by MercyMe which does as much justice as I can to sum up how I feel about Heaven.  Give it a listen.

That song has always been a favorite of mine but it became even more meaningful the day after Scott's funeral.  I was running errands before going to Ohio the next day and that song came on the radio.  I started singing along as I always do and then I drove into a brick wall, metaphorically speaking.

It hit me that Scott is LIVING that song.  He is in Heaven!  It was the first time since his death, the first time in my life, actually, that I felt true, unadulterated Peace.  A Peace like none I've ever felt before and a Peace that I haven't felt since.  But it was enough for me to feel that true Peace, even just that one time. I can now say beyond a shadow of a doubt that Scott is okay and I will see him again.  That one moment of Peace beyond understanding has continued to sustain me.

My Faith was tested with Scott's death.  Many would hate God after something like that, lash out in anger, but I turned toward  God, not away, and it was a blessing.  It showed me that I have a conviction that I didn't know was there.  Christians believe that our faithfulness on Earth will be rewarded in Heaven.  I'm one of the lucky ones because my Faith has already been rewarded through the gift of a Hope that will not falter.

I listen to Christian music not for the arrangements or the style but for the calm that it brings me at times when I feel bereft beyond words.  It gives me the encouragement I need to keep moving forward.  I get what I call "Scott Signs," when I hear 'I Can Only Imagine' four times in one day - when I haven't heard it in a week - or, at that exact moment when I'm thinking of Scott and I'm overcome with grief, a song comes on that shows me he is with me.

Before, I would drink so that I didn't have to feel.  Now that I'm sober; I don't have alcohol to make the pain go away so, I turn to Jesus.  My Faith reminds me that there is a greater purpose to this life and that things happen for a reason.  Scott died for a reason.  If I didn't have Faith I don't know where I'd be right now.  No sense can be made of Scott's death so I'm grateful beyond words that I have Faith in God to fall back on because I'd literally go insane without it.

I've always been a Christian, always had Faith, but for the first time in my life I'm actually RELYING on that Faith.  I'm putting all my trust in that Faith.  I actually understand what it means to be a follower of Christ.  I don't need to challenge or question my Faith because it has given me Peace.

April 1st, my first day of sobriety, I was driving to the train, listening to KLOVE.  There was a person on the radio who wanted to give his life to Christ and, with a prayer, turned his life over to God.  I said the prayer, too, and it gave new meaning to "Let go, let God."  I'm no longer plagued by Worry.  I believe that I'm on the path to realizing my calling in life.  I drank as much as I did for so long because I knew that I wasn't doing what God meant for me, but I didn't know what that was.  So I'd drink - so that I didn't have to think about it.  My Sobriety is God-given.  Now, day twenty, I can't say that I know what I'm being called to do, but I do know that my path has been marked out.  As long as I do my part, God will see to the rest. 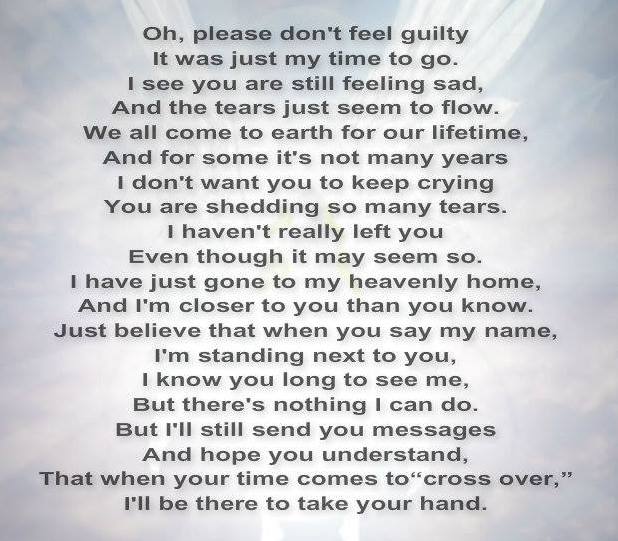